Home  / Icons of Style
Previous  / Next

Nothing is more alluring than the prospect of warm summer afternoons spent sunning yourself outdoors with a glass of something cold nearby and a good book in your hands. Whether you find yourself sitting poolside, beachside or even on your favourite outdoor lounge chair in your own backyard, nothing beats turning the pages of a riveting summer read.

So, what'll it be... a gripping thriller? An inspirational design book? Or perhaps a rom-com to soothe your drama-worn soul? Whatever floats your boat, we've got 10 books to keep you entertained all summer long. Female friendship takes a sinister turn in this gripping psychological thriller set in 1950s Morocco. Newylwed Alice is reluctantly vacationing in Tangier with her husband when her old school friend, Lucy, turns up unexpectedly and begins using Alice’s name.

Soon Alice begins to feel controlled and stifled by Lucy at every turn, and when her husband, John, goes missing Alice starts to question everything around her: her relationship with her enigmatic friend, her decision to ever come to Tangier, and her very own state of mind.

Scarlett Johansson is already attached to star in the film version, so this is the perfect time to get ahead of the curve and check this novel off your reading list. ﻿Surprise Me by Sophie Kinsella

Faced with the reality of another 50+ years together, Sylvie and Dan set out to revitalise their marriage by surprising one another with gifts, experiences, and sexy surprises to keep them from taking their marriage for granted. With results that are sometimes comical, sometimes underwhelming, and even potentially relationship-ending, the couple is forced to face the consequences, both good and bad, of shifting the balance of their relationship in this tale of love, trust, and family. Never Anyone But You by Rupert Thomson

If you're looking for something more intrenching than a light summer rom-com, this gripping novel explores the true story of two extraordinary women who challenged gender boundaries, and ultimately risked their lives in the fight against oppression of World War Two.

Stifled by provincial convention and their small french hometown that is overtly patriarchal, shy 17-year-old Suzanne Malherbe and the brilliant but troubled Lucie Schwob flee to Paris to pursue their love affair.

Here, they meet everyone everyone from Hemingway and Dali to Andre Breton and, as the War looms, they confront their destiny dreaming up a campaign of propaganda against Hitler's occupying forces. Simplicity by Nancy Braithwaite focuses on the power of minimalist designs to create stunning spaces that are both functional and gorgeous. With Curious Grace's style leaning towards often minimalistic Scandinavian influence, this is one message we can get behind. Braithwaite helps you understand that quite often, less really is is more. The Family Next Door by Sally Hepworth

For fans of Big Little Lies, this one's for you. Part family drama, part suburban thriller, Hepworth's latest novel sets its sights on the suburbs, where Essie lives what seems to be a picture-perfect life—at least, that's how it appears on the surface. In reality she is plagued by questions of her own place in the world and her fitness as a mother.

When her new enigmatic neighbour, Isabelle, moves in next door, Essie becomes fascinated by her unconventional nature and the two become closer. As the story unfolds through twists and turns, t becomes evident however that Isabelle's move to the neighbourhood was no happenstance and her presence threatens to throw the balance of Essie's carefully-calibrated life into turmoil. The Woman in the Window by A. J. Finn

Twists and turns abound, think of this novel like a dash of Gone Girl with a sprinkle of Girl on The Train, perfect for anyone who enjoys their books to be of a page-turning nature.

Alcoholic and agoraphobic, former child psychologist Anna wiles away her days trapped in her New York apartment, until one day, she thinks she witnesses a crime through her window. Questioning her own sanity and forced to come to grips with the past that left her housebound for so long, Anna finds herself in very real danger on her quest to find the truth. ﻿Author of the New York Times bestseller The Rosie Project,Graeme Simsion,partners with his wife to create a smart, funny and romantic story that takes place on the centuries-old Camino pilgrimage from France to Spain.

Zoe, a sometime artist from California has just suffered the death of her husband, while Martin, an engineer from Yorkshire is coming to terms with his messy divorce. Through alternating chapters of perspective, readers walk the winding path of the Camino trail alongside these two protagonists as they undertake a physical, psychological and spiritual renewal. From the #1 selling author of ﻿Big Little Lies﻿, Moriarty's latest novel moves slightly away from her usual "domestic noir" genre, though still thrums with the same suspense and page turning nature that purvey her other top selling works.

Set in a remote health-and-wellness retreat, Nine Perfect Strangers introduces us to nine different characters with very little in common. Each has a compelling reason for coming to the retreat; they are searching for inner healing and enlightenment, while running from embarrassments, mistakes, failures and fears. True to form, each one of these characters is loveable, charming and filled with idiosyncrasies that make them, not just believable, but also incredibly human.

Presided over by the very intriguing and charismatic retreat guru, Masha, the reader follows the transformation of these characters one by one. The question is, how far will Masha go to reinvigorate her guests tired bodies and minds? The Kiss Quotient by Helen Hoang

﻿A heartwarming and refreshing debut novel that proves one thing: the question of great love can't be solved with a simple algorithm.

It's high time for Stella Lane to settle down and find a husband - or so her mother tells her. This is no easy task for a wealthy, successful woman like Stella, who also happens to have Asperger's. Analysing data is easy; handling the awkwardness of one-on-one dates is hard. To overcome her lack of dating experience, Stella decides to hire a male escort to teach her how to be a good girlfriend.

The more time Stella and her dating-guru, Michael, spend together the harder he falls for her beautiful mind, and Stella discovers that love defies logic. From best selling author Andrew Sean Greer comes a story about mistakes, missteps, misunderstandings and the revelations that come from them.

After 49-year-old writer, Arthur Less, learns that his former boyfriend is about to get married he embarks on a worldwide expedition to avoid the heartbreak of his ex-lover's wedding. Along the way he accepts invitations to a series of half-baked lectures and literary events, almost falls in love in Paris and finds himself stuck in a dessert. Greer’s prose sparkle and cut deep, illuminating the raw vulnerability within us all. What if our homes could tell the stories of others who lived there before us? Set in a small village near Paris, The Balcony follows the inhabitants of a single estate-including a manor and a servants' cottage-over the course of several generations, from the Belle Époque to the present day, introducing us to a fascinating cast of characters.

Rich and poor, young and old, powerful and persecuted, all of these people are seeking something: meaning, love, a new beginning, or merely survival. This is a sumptuous narrative about growing up, growing old, marriage, infidelity, motherhood - in other words, about life - weaving a gorgeous tapestry of relationships, choices and fleeting moments across the frame of the twentieth century. 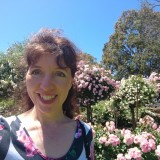 Thank you for this wonderful list of Summer Reads, I think I’ll start with Tangerine, followed by The Balcony and then add a little peace and serenity to the end of year busyness with Simplicity!

Comments will be approved before showing up.

Also in Icons of Style Family favs are the timeless meals, holidays, movies, Netflix series, that bring a family together. Our Moln sofa is one... Egyptian cotton is out and linen bed sheets are in! Find out why you should be making the switch this summer.

30 Years of Celebrating Unity Through Art

This month marks the 30th year of the destruction of the Berlin Wall. Where once was demarcation, now is integration. As a symbol itself, the Berlin Wall offers reflection on the ability of humankind to realise each other.